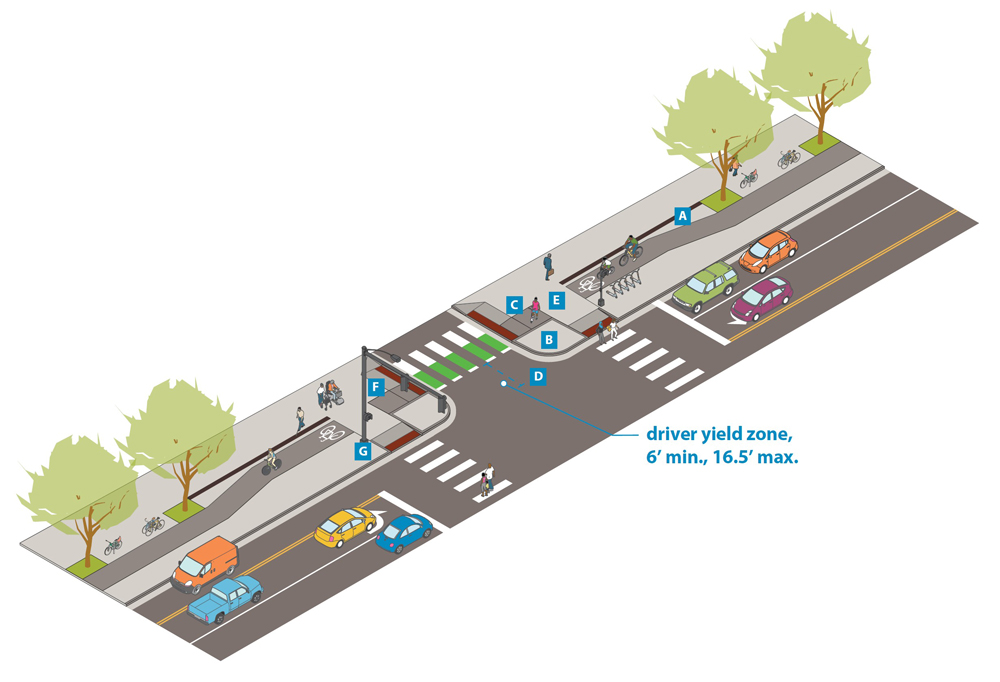 The following design considerations are specific to retrofit projects where protected intersections are designed to accommodate on-street bike lanes. 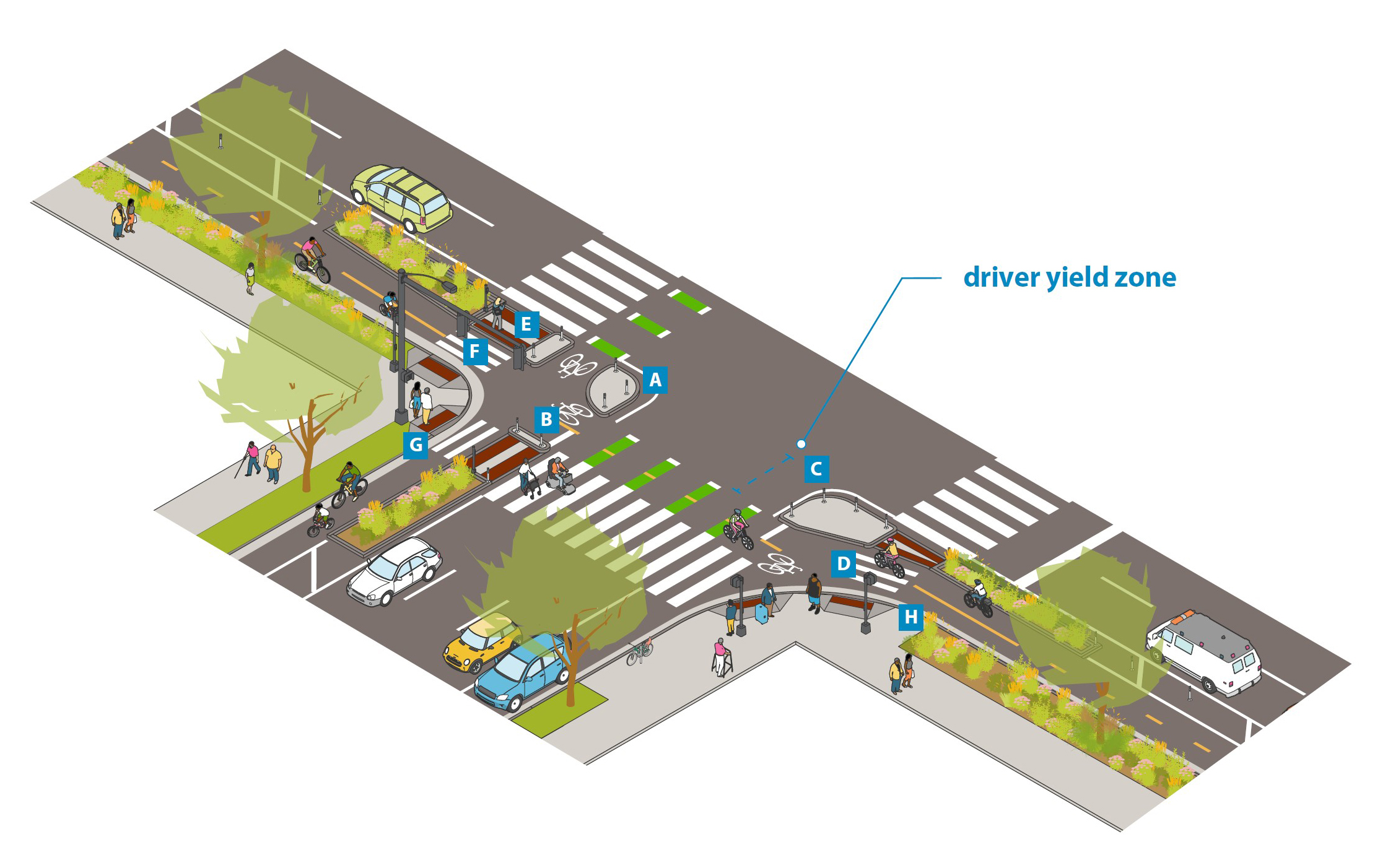 Two-way bike facilities are the most common protected bikeway facility type throughout Minneapolis. They typically require less width than paired one-way facilities and afford safe and comfortable experiences when designed to prioritize non-motorized users at intersections.

Since they are typically designed to carry two-way traffic on one side of the street, however, two-way protected bike lanes can introduce additional modal conflict points with turning vehicles at intersections. It is especially important to be conscious of any motor vehicle left turns across a two-way bike lane.

Safe and comfortable two-way bike facilities communicate clear right of way priority, predictable travel paths, and adequate sightlines. This is achieved through intersection design elements that reflect the traffic, operational, and land-use context in which they are being installed. 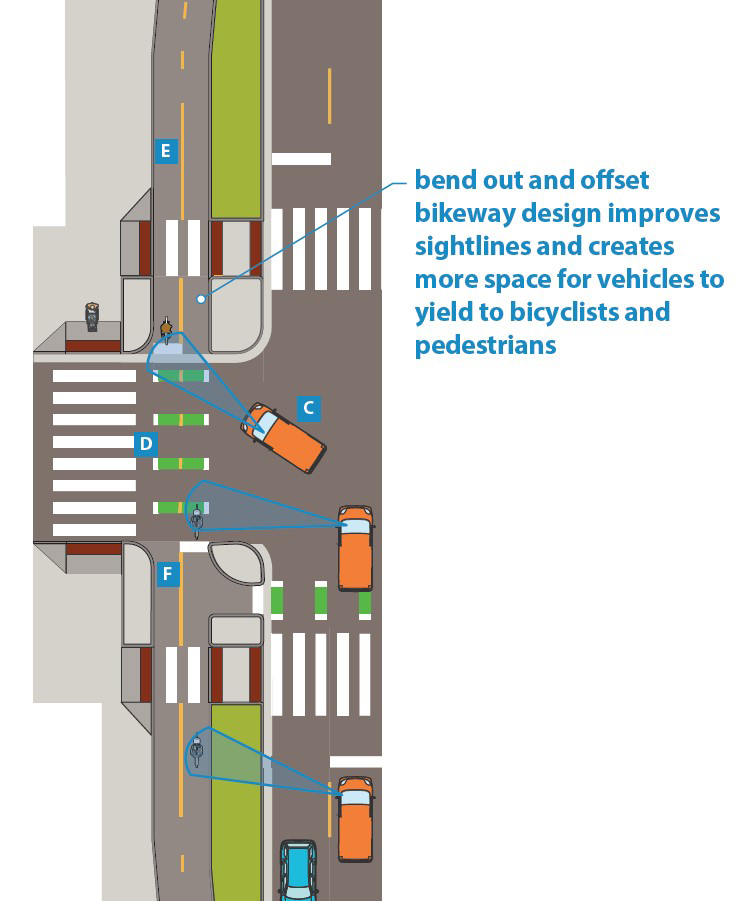