Shared use paths are off-street facilities physically separated from motorized traffic where people walking and biking share the same space.

Protected bicycle lanes with separate sidewalk space for people walking and biking are preferred to shared use paths for every Street Type. Given the constrained right of way present on some corridors, however, achieving preferred separate biking and walking facilities may be impossible or impractical. In these cases, shared use paths should be considered. When considering shared use paths, the competing needs of the corridor should be evaluated to best support adopted city policies and prioritize the most vulnerable users of our roadways. Shared use paths are not appropriate for streets with high pedestrian and bicycle volumes. Shared use paths require intersection designs that safely accommodate bi-directional bicycle traffic.

Shared use paths with proper intersection designs are considered an All Ages and Abilities bicycle facility given their physical separation from motorized traffic and ability to appeal to a broad spectrum of people looking to travel by bike or micromobility. 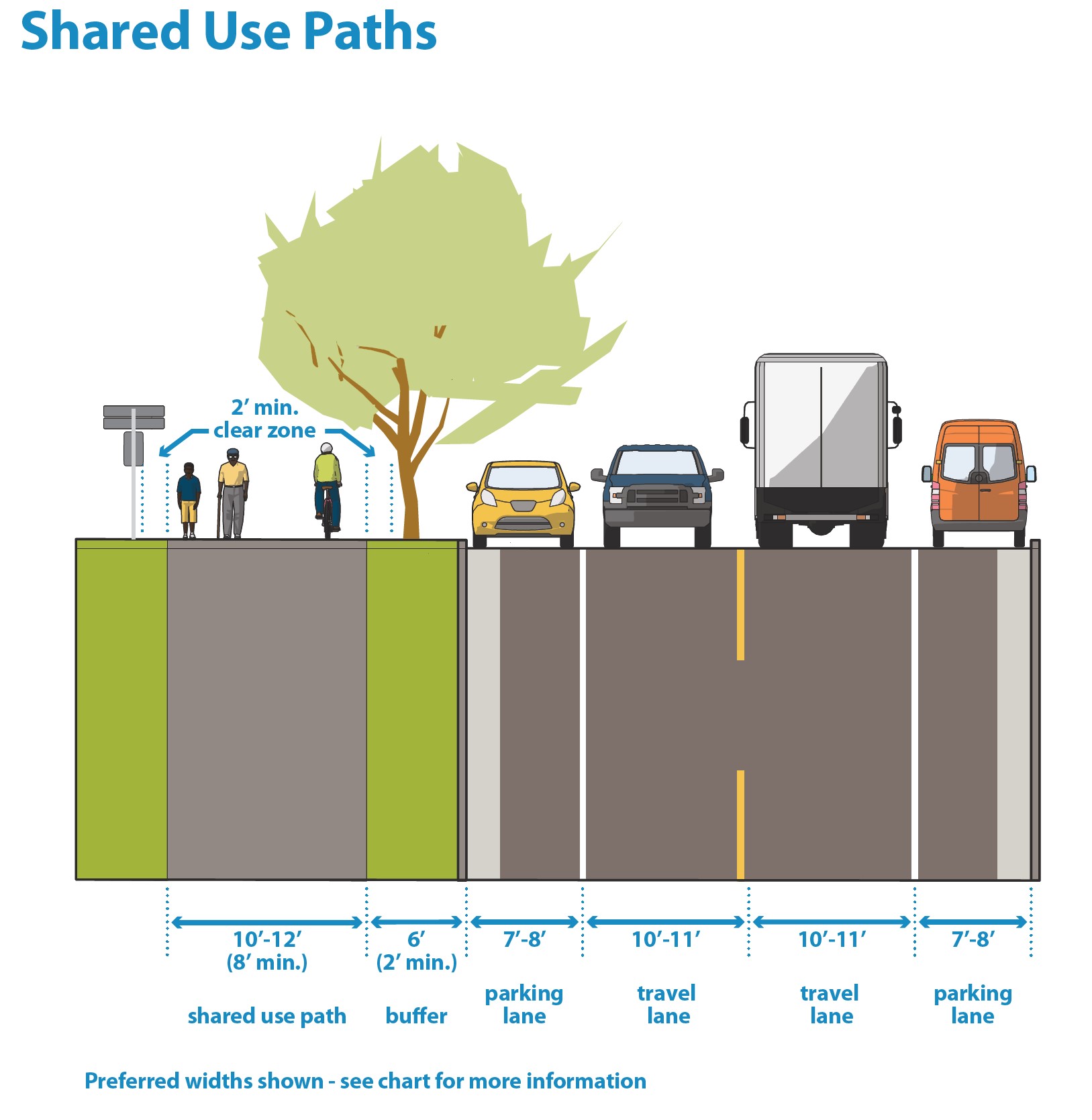