Advisory bike lanes provide preferred but not exclusive operating space for people to bike along two-way roadways. Unlike standard bike lanes, advisory lanes allow cars to merge into the bike lane area when approaching an oncoming vehicle and when people biking are not present.

Advisory bike lanes are considered an experimental treatment by the FHWA and may only be implemented through the Request to Experiment (RTE) process.

Designers should consider these factors when determining if an advisory bike lane is appropriate in an individual context: 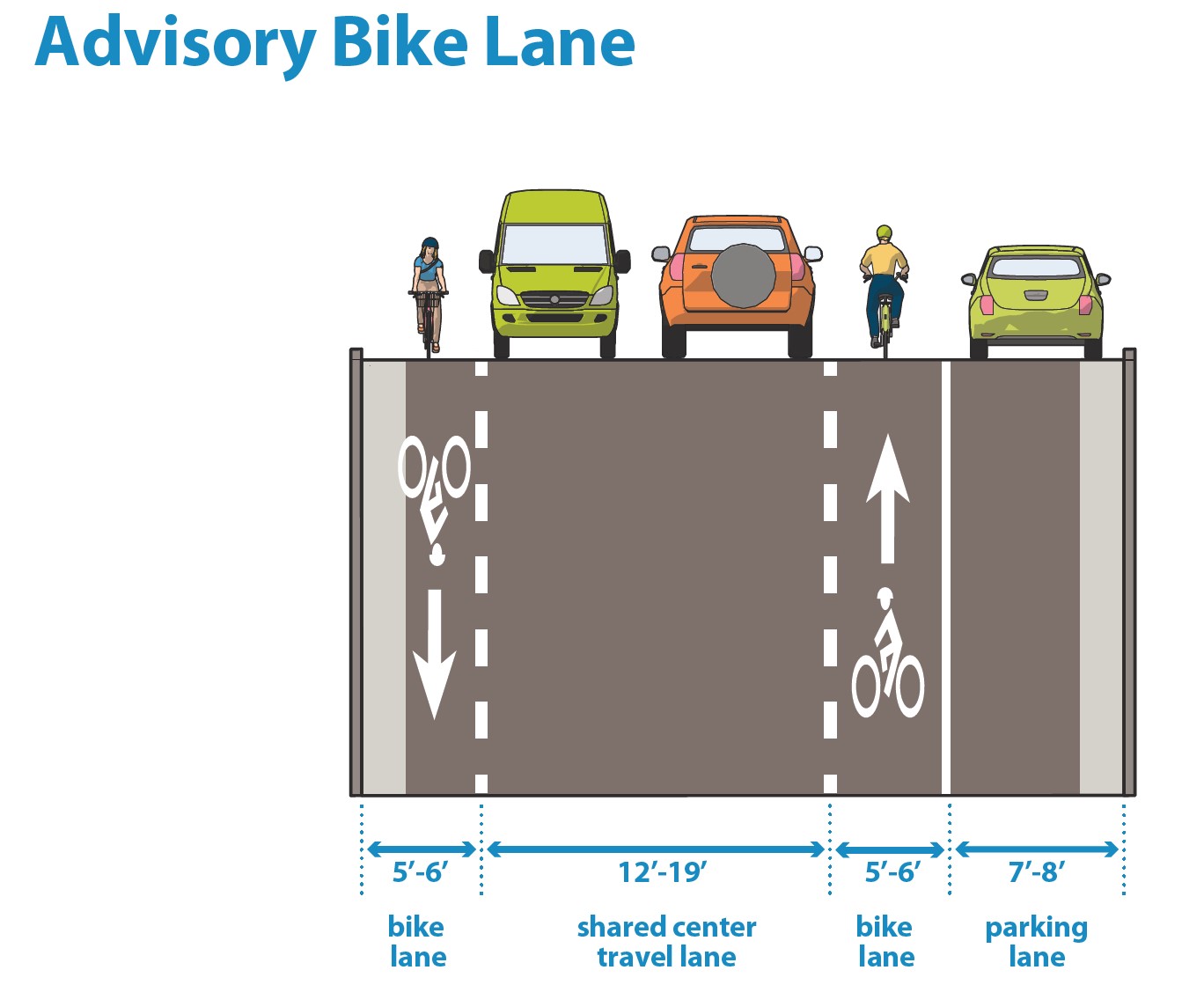